Mountain America Credit Union has announced the beta release of a dual biometric log-in feature that lets its members access their mobile banking app either by scanning their finger or taking a picture of their eye, claiming to be the first to have combined fingerprint and eye-imaging technology in an attempt to make biometrics available to all of its mobile banking users. 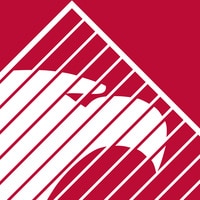 “For fingerprint authentication, the image sensor on the device scans the fingerprint, analyzes the ridges and converts it into a mathematical code,” Mountain America says. “That code is stored in the mobile device and used to compare against future scans. Users can add up to five fingers, and the device can read fingerprints from any angle.

“EyeVerify works by using an individual’s unique eyeprint. The eyeprint is the map of blood vessels in the whites of the eyes, which is unique to each person. Each person has two eyeprints in each eye. The initial enrolment process takes less than a minute and will capture the eyeprint on a smartphone or tablet camera. After that, logging in using Eyeprint ID is as easy as taking a selfie.

“Biometric login is available to Mountain America members on Apple devices and newer Android devices. The beta release allows for product refinement and supports the creation of an optimal member experience moving forward.”

“Mountain America is excited to bring this innovation to our members as biometric features are the future of enhanced online security,” says Shelby Peterson, manager of product strategy at the credit union. “Biometrics not only ensure our mobile products are more secure, but also easier for members to use.”