MTS and SaskTel have become the latest Canadian mobile network operators to launch NFC mobile payment services using EnStream, the joint venture between Bell Mobility, Telus and Rogers Communications put in place to act as a single connection point between the country’s card issuers and carriers. 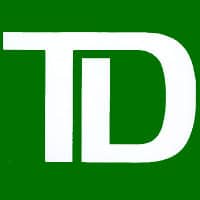 “TD (Toronto-Dominion) Bank is the first financial institution to offer this service to MTS and SaskTel customers,” EnStream explains. “Other banks are coming soon.”

The MTS service is called MySafeTap and is currently available for customers that use the TD Bank Mobile Payment service with an approved NFC smartphone and a MySafeTap SIM card, available for purchase at MTS Connect stores.

Those wanting to use the SaskTel Mobile Payments service will require a SaskTel NFC SIM card, an approved NFC smartphone and the bank’s mobile app.

“Once SaskTel and MTS were connected to our platform, it was relatively easy for an EnStream connected bank, like TD, to extend service to the customers of SaskTel and MTS,” says Almis Ledas, COO of EnStream.