US retail giant Best Buy, a founder member of retailer-led consortium MCX which requires members to exclusively support its own yet-to-launch mobile payments service, has announced that it will accept Apple Pay NFC payments in its stores “later this year”. 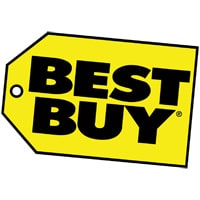 The consumer electronics retailer will also accept Apple Pay for purchases made within its mobile app from today. “Best Buy customers can use Apple Pay to make purchases in the Best Buy app when using an iPhone 6 or iPhone 6 Plus,” the company says. “A free update is now available in the Apple App Store. All US Best Buy stores will begin accepting Apple Pay later this year.”

According to the retailer-owned payments consortium’s terms, however, “when merchants choose to work with MCX, they choose to do so exclusively.” This policy prompted other MCX retailers including Rite Aid and CVS to stop accepting NFC payments in their stores following the launch of Apple Pay in October last year.

The news came on the same day as the Discover payments network announced it will support Apple Pay, also from this autumn. MCX has been piloting its CurrentC mobile payments platform since last year ahead of a planned national roll-out to 110,000 merchant locations in 2015.