NFC and the IoT: How NFC can bring plug-and-play simplicity to smart homes and the internet of things

Join NFC World and NXP for a one-hour webinar to find out how NFC can bring plug-and-play simplicity to smart homes and the internet of things (IoT).

The IoT promises a world full of hyper-connected objects where even fridges and lightbulbs are part of the smart home’s network.

But human factors act as a brake on adoption; people just aren’t going to connect their new gear unless it is really easy.

In this webinar you’ll find out why NFC and its touch-to-connect simplicity is a key building block of the IoT, and how you can use it to deliver security, delight users and sell more IoT devices. Using the smart home as a case study, you’ll learn how network commissioning can be simplified and how, with the right app, smartphones and tablets can be used to control or configure almost anything.

This free to attend, one hour webinar offers a unique opportunity to learn from an expert working on the cutting edge of smart home product development.

The webinar will be chaired by NFC World’s editor, Sarah Clark, and there will be ample opportunity for questions and answers at the end.

There’s no charge to attend this event and registration is quick and easy. Simply click on the button below and enter your details.

Attending this webinar will be of benefit to anyone working on consumer or smart home devices or applications. The webinar is designed for consumer electronics device makers and will be of interest to engineers and product managers in other markets impacted by the arrival of the internet of things, as well as those in the wider NFC ecosystem.

NXP is a chip maker and a global leader in the NFC industry. Since co-inventing the technology in 2002 the company has shipped hundreds of millions of NFC chips for phones, payment terminals, tags and other systems.

The company’s NFC technology is now found in more than 80% of NFC phones and contactless payment terminals worldwide. 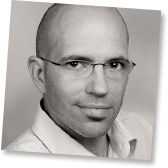 Pierre Goarin started his career as a research scientist at NXP Semiconductors after gaining a masters degree in physics from the National Institute of Applied Sciences in Rennes, France in 2000.

After working on new deep submicron processes for flash memories and power transistors, Pierre moved to Austria in 2008 to work on the company’s RFID and NFC products and since 2014 he has been in charge of marketing for the smart home sector in NXP’s NFC infrastructure team in Caen, France.

• Don’t worry if you can’t attend the live broadcast — register now and we’ll send you a link to a recording afterwards.
• Want to know what time 15:00 GMT is at your location? Click here.

Would your organisation like to run a webinar with NFC World? Contact Laurence Zipson to find out more.