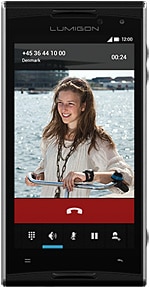 The Lumigon T2 HD is a sleek high-end Android smartphone with NFC.

The 4G LTE handset runs Android 4.4 on a dual core 1.7GHz Qualcomm Snapdragon processor and offers a 4.3-inch 720p display. The T2 HD is waterproof and dustproof, with an ingress protection rating of IP65. Premium audio from Bang & Olufsen rounds out the offering.

The device is a successor to the Copenhagen-based boutique phone maker’s well-received Lumigon T2, which was announced in early 2012.