Lloyds Bank is testing a ‘tap to bank’ service that lets its mobile banking app users tap their contactless debit card against their NFC phone to authenticate themselves during the mobile banking registration process. The process replaces the bank’s need to make phone calls to customers from an automated system to complete verification and has been tested with 125 customers so far. 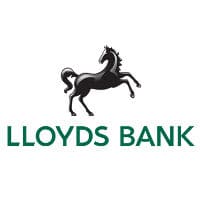 “By replacing the automated phone call with the ‘tap to bank’ authentication, the vast majority of those involved in the testing found the process is simpler, quicker and easier to use,” Lloyds Bank says. “It is anticipated that, in future, this innovation can also be applied to other tasks such as authenticating new payments.”

“This technology is currently being tested on the Android operating system and, pending successful feedback and results, we will be looking into rolling this [out] over the coming months — we don’t have specific dates as yet,” the bank told NFC World.

“With the widespread take up of contactless cards and most new smartphones now having NFC technology, this ‘tap to bank’ trial is developing enhancements to banking processes that many people could benefit from,” says Marc Lien, director of innovation and digital development at Lloyds Bank.

“This is one of the raft of new technologies that we’re experimenting with to help our customers.”

In addition, Lloyds Bank is now allowing customers to authenticate desktop payments by logging into their mobile banking app to verify their requests, rather than doing so by receiving an automated phone call. The service is available to those setting up new beneficiaries, standing orders, making international payments and resetting passwords via their internet banking on desktop.

The bank began sending push notifications about special deals with selected retailers to customers’ smartwatches and smartphones in February. It is also one of the banks that will be supporting Apple Pay when it launches in the UK this month.