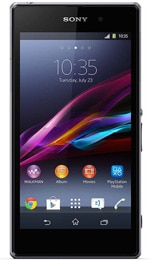 The fully waterproof device runs Android 4.2.2 Jelly Bean and will come with Social Live, a new feature allowing the user to broadcast video straight to Facebook.

The Xperia Z1 was announced on 4 September 2013 and became available later that month.