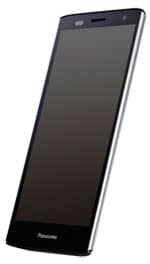 The Panasonic Eluga Power is the Japanese consumer electronic giant’s second NFC smartphone. The Android 4 device with a 5-inch 720 by 1280 screen features superfast charging, with a 50% charge taking just 30 minutes, and 80% taking 57 minutes.

The Eluga Power has a dual core Snapdragon S4 processor running at 1.5GHz, and like it’s sibling — the Panasonic Eluga — it is water proof and dustproof.

The phone was announced on 27 February 2012 at the Mobile World Congress.