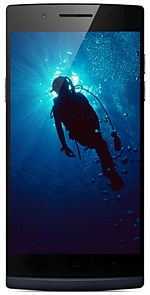 The Oppo Find 5 is a feature packed high-end Android smartphone with NFC.

The Find 5 is Chinese manufacturer Oppo’s flagship handset for 2013 and sports a 5-inch 1080p IPS screen with a pixel density of 441 ppi.

The Oppo Find 5 was announced in December 2012 and started becoming available at retail in January 2013.