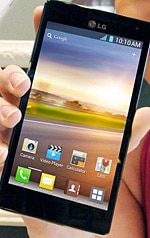 Reports of a quad-core NFC handset from LG first surfaced in January under the codename X3.

The LG Optimus 4X HD was launched on 24 February 2012 and first landed in Korea — the phone maker’s home territory — followed by a roll out in other markets later in 2012.