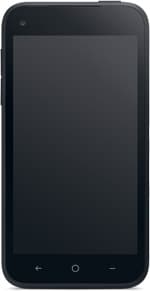 The HTC First is a mid-range touch screen Android 4.1 smartphone that is the first to feature Facebook Home, a “mobile experience that puts your friends at the heart of your phone.”

The device was announced on 4 April 2013 and will be available from AT&T in the US from 10 April at $99.99 on a two year contract, or $450 on a month-to-month deal. The First is expected to arrive in Europe on Orange and EE.