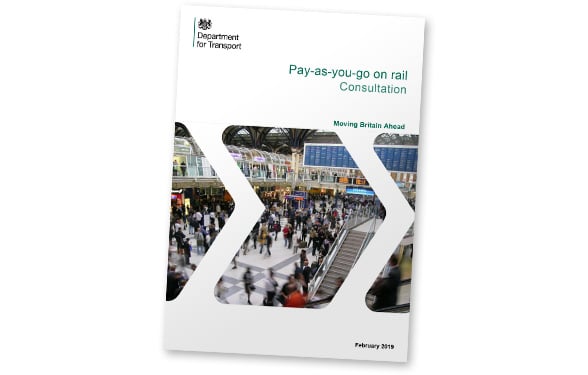 The UK Department for Transport has launched a consultation as it looks to expand account-based ticketing beyond London into areas which would see rail commuters using their bank cards as high-value tickets.

The Pay-as-you-go on Rail Consultation outlines ambitions to roll out pay as you go (PAYG) rail travel across urban and regional commuter areas.

Commuters within London have been able to use their bank cards as a PAYG ticket on London Underground since 2014.

The first phase of the new scheme, due to commence early this year, will be rolled out to 13 stations operated by Govia Thameslink Railway. It will be expanded further to include commuter towns including Hertford, Luton and Welwyn Garden City later in the year.

The consultation is collecting opinions on expanding it further to areas such as Oxford, Cambridge and Brighton, where the ticket costs would be higher.

However, account-based ticketing could be operating country-wide within two years, believes Ronnie Beggs, a regional product director at Cubic Transportation. He revealed to Smart Highways that Cubic will be making an announcement soon about a major contract to provide the technology to a UK train operating company.