The three ‘big four’ Australian banks that have held out on offering Apple Pay to their customers after losing a bid to force the iPhone maker to open up its NFC functionality could all now be set to adopt the service in the coming weeks. 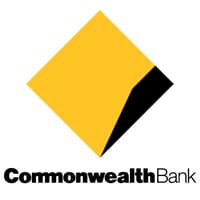 Commonwealth Bank of Australia has announced it is to begin offering Apple Pay in January, pushing both Westpac and National Australia Bank to indicate that they are now ready to look again at offering the service to their customers.

Four Australian banks took Apple to the Australian Competition and Consumer Commission (ACCC) in 2016 in a bid to force the iPhone maker to open up access to its NFC chip but lost their fight in April 2017. Bendigo and Adelaide Bank went on to introduce Apple Pay in November last year but CBA, Westpac and NAB had held out until now.

Angus Sullivan, CBA’s group executive of retail banking services, made it clear in the bank’s launch announcement that the decision to begin offering Apple Pay is driven by customer demand.

“We recently wrote to our customers asking them what the bank could do differently and we received lots of excellent suggestions,” he said. “One of the things we heard repeatedly from our customers is that they want Apple Pay and we’re delighted to be making it available in January 2019.

“We are committed to making changes that benefit our customers and simplify our business,” Sullivan added. “We will continue to look for more opportunities to innovate and listen, to ensure our customers get the best experience when they bank with us.

“Responding to customer demand for Apple Pay underscores our commitment to becoming a better, simpler bank. Launching Apple Pay, alongside our number one rated CommBank app, will ensure our customers have the very best mobile banking experience.”

CBA’s move has now pushed Westpac and NAB to “flip their boycott of Apple Pay within weeks”, according to IT News, “to head off a wave of defections from disgruntled transaction customers after they were ambushed on Friday by CBA’s unexpected backflip to take up the popular payment service.”

A survey conducted earlier year found that 22% of Australian iPhone users were more likely to bank with a provider if it supported Apple Pay. That figure increased to 32% per cent for those who also use an Apple Watch.

ANZ, the only one of Australia’s big four banks to be an early adopter of Apple Pay, has meanwhile announced this week that the volume of payments its customers are making with their mobile phones in stores has more than doubled this year.

The bank said that an analysis of its customers’ spending found that “customers used their mobile device to pay for things 120% more in October 2018 compared to the same time last year.”

The future of Beem It, the P2P payments service jointly founded by CBA, NAB and Westpac in May 2018 is currently “difficult to say”, IT News’ report adds.