The percentage of payments made with a mobile phone in UK stores has jumped from 1.3% in Q3 2016 to 5.6% in Q3 2018, an analysis of 190m card transactions has shown. Compared to this time last year, the volume of contactless mobile payments has increased by 60%. 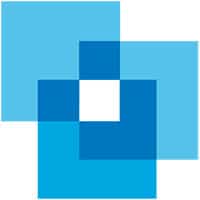 “The biggest beneficiaries of growing mobile payments are quick-service merchants who have introduced contactless payment methods,” the company says. “This includes quick-service-restaurants (11.3%), coffee shops (11%), public transport (11%) and bars and pubs (9.25%).

“This reflects that mobile payments are used more readily at merchants that people visit on a daily basis and wish to pay more expediently, while less popular amongst bigger-ticket, one off purchases.”

“London is by far the biggest adopter of mobile pay, accounting for 7% of payments less than £30 and 5.7% of all transactions – at least 2% higher than any other region,” Cardlytics adds.

“Outside of London, east of England and the rest of the south east have been the fastest movers, with 3.3% and 3.2% of all transactions respectively carried out via Apple, Google or Android pay. Yorkshire ranks fourth with 2.9%.”

“The huge growth in contactless payments has been well documented, and we’re now seeing mobile payments making a big contribution to that growth, often at the expense of cash,” says Duncan Smith, commercial director at Cardlytics.