Card issuers will no longer need to include a signature panel on the back of Mastercard products, the payments network has announced. The change will apply to card issuers “around the globe” and will come into effect in April 2019. 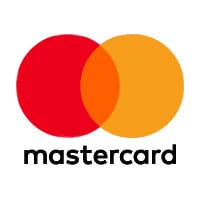 “We see this as a win for all,” says Ajay Bhalla, president of Mastercard’s cyber and intelligence solutions division. “The investments we’ve made in technology like artificial intelligence and biometrics are what’s powering this next step.

“We believe our merchant and issuing partners everywhere will embrace the ability to deliver a simpler checkout experience while maintaining the highest levels of security.”

“Signature has been an obsolete form of authentication for quite some time, and removing the signature panel from the cards will reinforce the need for all stakeholders to leverage truly effective authentication technologies to address fraud,” adds Mike Cook, senior vice president and assistant treasurer at Walmart.

The decision is aligned with evolving consumer preferences, Mastercard says.

“In a survey conducted in the US, only 40% said they had signed the back of their cards, and one-third of those who haven’t signed said they don’t see the point in doing so.

“In the same survey, more than half of respondents believed they were just as secure without signing the back of their cards, and two-thirds wanted biometrics to replace signatures, passwords and PIN codes when paying with their card.”

“With modern, advanced forms of authentication now available, removing the requirement for signature capture at the point of sale and now signature panels on Mastercard cards is an important step in support of our digital evolution,” Mastercard’s Linda Kirkpatrick explains. “Issuers, merchants and cardholders will benefit from this change as faster, safer options improve satisfaction and increase sales.”