Over half a billion mobile money accounts have been registered in 92 countries, with 1.3bn transactions processed in December 2016 alone, research from GSMA reveals. 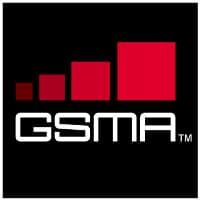 In its sixth ‘State of the Industry Report on Mobile Money’ released at Mobile World Congress in Barcelona, GSMA says there are nearly 174m active accounts around the world and 35 mobile money services with more than 1m active accounts.

Mobile money services are now available in 66% of low- and middle-income markets, the mobile industry association says, adding that providers need to “work together to place the transformational power of mobile money in the hands of those who need it most”.

A developer portal for platform vendors and the technical community has been launched to coincide with the release of the report, which GSMA says will “help ensure compatibility with GSMA industry-standard Mobile Money APIs”.

“This approach can ensure interoperability across the ecosystem, seamless deployment and access to the latest standard APIs, through which developers can build mobile money products and services,” GSMA adds.

“Giving underserved people access to digital payments has expanded financial inclusion to hundreds of millions of people in developing countries and has enabled them to be more secure, more empowered and more active contributors to local communities.”

GSMA has also found that global smartphone adoption (as a percentage of mobile connections) reached 51% by the end of 2016, with growth in adoption in many developing countries expected to be “much more aggressive than anything seen in the developed world over the last few years”, the trade association’s in-house publication Mobile World Daily reports.

GSMA forecasts that 1.6bn smartphone connections will be added in the developing world to the existing base, with India leading growth with 350m smartphone additions, followed by China, the European Union, Indonesia and Nigeria.