The Australian Retailers Association (ARA) has come out in support of the group of four Australian banks seeking stronger negotiation powers with Apple over the introduction of Apple Pay in the country, saying they believe access to the NFC functionality in the iPhone would allow retailers to provide “a richer and more convenient customer experience”. 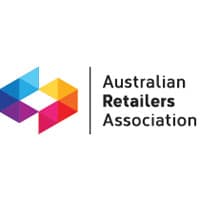 The ARA, which represents 5,000 independent and national retailers, says access to the NFC functionality will allow retailers to “develop or participate in mobile wallets that provided a consistent and fully integrated experience to all users regardless of their choice of smartphones” while also allowing loyalty programs, coupons and rewards to be “more effectively integrated into these mobile wallets”.

“In our view — for as long as Apple Pay remains the only app that can use the iPhone’s NFC functionality — the potential for innovation in mobile wallets and mobile payments will be limited,” the ARA says in a submission to the Australian Competition and Consumer Commission.

“If authorisation is granted, we believe that the opportunity to collectively negotiate with Apple will benefit not only the applicants but all banks, merchants, app developers and, ultimately, customers in Australia and overseas.”

“Just as Australian consumers have rapidly adopted contactless card payments, the ARA and its members believe that they will in due course rapidly adopt mobile wallets,” the organisation adds.

“Indeed, we cannot emphasise enough the importance of smartphone usage and mobile payments in the future retail experience of Australian consumers.

“We see significant public benefit to the Australian economy of both the further erosion of the use of cash and the greater use of the existing NFC acceptance infrastructure that allows open access to the NFC function on all makes of smartphone.”

In fact, it should be Apple paying the banks and retailers for access to the payments system, not the other way around, Russell Zimmerman, ARA executive director, has told the Australian Financial Review.

Apple Pay boss Jennifer Bailey claimed this week that Australians will be “happy to switch banks” to gain access to Apple Pay and the banks risk “being left behind” by not supporting the service. Australian banks ING Direct and Macquarie also announced support for Apple Pay this week.

6 comments on this article