Google is ending its Hands Free mobile payments pilot in one week’s time in order to focus its efforts on “bringing the best of the Hands Free technology to a wider audience,” according to the company. 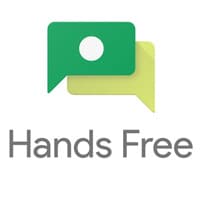 “The Hands Free pilot is ending on February 8, 2017,” Google confirms. “You won’t be able to pay with Hands Free after that — Hands Free will no longer work at the stores that participated in the pilot.”

Google began pilot testing Hands Free in San Francisco in March 2016. The app uses a combination of Bluetooth Low Energy (BLE), WiFi and location services to let consumers make in-store payments without taking their mobile phone out of their pocket.

“Since launching the Hands Free pilot last March, we’ve learned so much from our early adopters,” Google adds. “Based on all the positive feedback, we’re now working on bringing the best of the Hands Free technology to even more people and stores.”