Deutsche Telekom has discontinued its NFC-based MyWallet mobile payment service in Germany, citing a lack of customer use and doubts over whether a SIM-based solution is going to be adopted as a standard in light of “internationally competing companies” investing heavily in competing approaches. 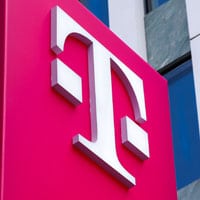 “Customers are not accepting the system as we had hoped they would and our customer numbers have been in the low tens of thousands,” the mobile network operator told NFC World.

“We chose an NFC-based, SIM card solution because we thought it would provide both the best security for payment transactions and the greatest convenience for customers.

“Now, however, various internationally operating companies have been investing heavily in competing approaches and, thus, it seems questionable whether a SIM-based solution is going to be adopted as a standard.”

“In addition, the market has grown more slowly overall than we had originally expected it to,” Deutsche Telekom adds. “As a result, even though a number of discount store operators came aboard, retail adoption of NFC-capable terminals has failed to live up to our expectations.

“While the banking sector has been showing greater interest, banks are focusing on other priorities at the moment and have been unable to agree on what approach to use — cloud-based, terminal-device-based or SIM-based.”

The move follows Slovak Telekom’s decision to shut down the MyWallet service in Slovakia in February 2016.

Deutsche Telekom launched MyWallet in Germany in May 2014 and the service went live in Slovakia soon after. The service is still available in Poland and in Hungary.

“Payment markets differ widely throughout Europe and our subsidiaries’ services differ widely as well,” the carrier says. “Due to such differences, the relevant services being provided in those countries will not be affected.”