British consumers are spending an average of £36.76 (US$44.95) of their monthly disposable income through mobile payments, equating to £1.46bn (US$1.78bn) spent using mobile devices in the UK every month, research released by VoucherCodes reveals. 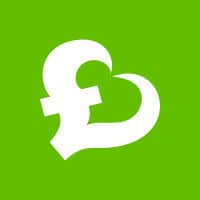 Some 8% of consumers are already using mobile payments in-store today, the online discount and offers provider says, with more than one in four (72%) set to use the technology in the next five years.

The findings, based on the responses of 1,692 UK consumers, reveal millennials are spending £67.59 (US$82.62) of their monthly disposable income via their mobile devices compared to £16.89 (US$20.65) of those aged 55 and over. Currently, men are more than twice as likely as women to shop using mobile payments in store (12% against 5%).

“These findings show consumers are really warming to the increasingly innovative new shopping technologies being introduced to the British high street and this trend is only set to continue as the technology becomes more widely adopted,” says Claire Davenport, managing director at VoucherCodes.

“Not surprisingly, younger generations who are more digitally savvy are the most enthusiastic to adopt new technology. It is vital that retailers evolve their digital offering to meet consumer demand.”