Nine out of 10 US, European and Canadian commercial banks are exploring the use of blockchain technology for payments, according to a survey of 32 top banking professionals by Accenture. 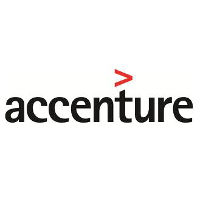 Some 30% of banks are in the advanced stages of adopting blockchain technology for payments, the survey found.

The most prevalent use cases for the technology within payments are intra-bank cross-border transfers, with 44% ranking it as the number one priority.

Across the board, the executives expected lower frictional and administrative costs, quicker settlement time with fewer errors and exceptions, and new revenue opportunities.

“Cross-border payments are ripe for innovation using blockchain and distributed ledger technologies,” says Richard Lumb from Accenture. “The technology could resolve inefficiencies and friction that have long driven up the costs, and the time, required to move money around the world.

“Blockchain has proven its scalability to support such infrastructure and, as the industry sets its focus on developing the networks, business processes and standards needed to run these systems, payments could be one of the first major proving grounds for enterprise blockchain adoption.”