The SIM-based NFC Canadian mobile wallet SureTap is to be discontinued in August 2016 due to “ongoing changes in the market”, the mobile wallet provider has announced. 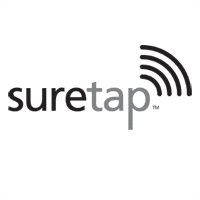 “With ongoing changes in the market and an increasing number of mobile payment and banking options available from CIBC, Desjardins, Scotiabank as well as other wallets such as Ugo, we at Suretap have decided that we will no longer offer Suretap after August 26, 2016,” the company says.

“After August 26th, 2016, all Suretap wallet data will be securely stored in accordance with applicable law. Suretap does not and will not store any sensitive information such as credit card information. As of today, Suretap is no longer available for download from the Google Play Store or the Blackberry World Apps Store.”

“Gift cards are no longer available for purchase from the Suretap card store and balance inquiries can no longer be performed through the wallet app,” Suretap continues. “Users are encouraged to spend down the balance of any gift cards in your Wallet before August 26, 2016. After this date, gift cards will no longer be accessible.”

“Loyalty cards will be available up to August 26th, 2016. After this date, the loyalty card program will no longer be accessible.”

Mobile network operator Rogers launched Suretap in partnership with CIBC in November 2012 and went on to launch a second and separate Suretap mobile wallet service in 2013. The company span off its Suretap mobile wallet service as a separate company in June 2015, opening it up to other mobile network operators. It then launched with Bell, Telus, Koodo and Virgin.