Customers of Wells Fargo Bank across the US will soon be able to make NFC-based mobile payments and ATM withdrawals with a tap of their phone using the Wells Fargo Wallet, a mobile payment service expected to launch “later this summer”. 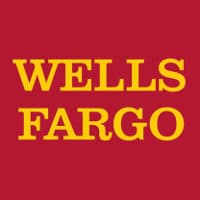 “For more seamless money management, customers may also view account balance information within the app before and immediately after a purchase. Across the globe, Wells Fargo team members have been testing the wallet and providing valuable feedback ahead of the product launch later this summer.

“In addition to the ability to make payments at NFC-enabled payment terminals, customers will also be able to use Wells Fargo Wallet, along with other leading mobile wallet providers, to conduct ATM transactions without using a physical debit or ATM card. More than 40% of Wells Fargo’s ATMs will be NFC-enabled by the end of 2016.”

“We’re pleased to announce Wells Fargo Wallet for Android users, giving customers the unique ability to make secure NFC payments directly from the Wells Fargo mobile app,” says Jim Smith, head of virtual channels for Wells Fargo. “We know mobile is key to the future of payments and we expect Wells Fargo Wallet to provide us a richer understanding of the quickly evolving landscape.”

More than 17m customers make use of the bank’s mobile banking app, according to the company. Wells Fargo added support for Samsung Pay in March 2016 and for Android Pay in September 2015. The bank also supported the launch of Apple Pay across the US in October 2014 and began working on adding NFC capability to its ATMs earlier in February this year.