More than £146m has been sent using peer-to-peer mobile payments platform Paym since its launch in 2014, with 1.46m payments sent in the second half of 2015 compared to 774,628 in its first six months — an increase of 89% — the company has revealed. 13% of consumers have used the service to pay a small business using their mobile number.

Paym was launched by the Payments Council, now known as Payments UK, in conjunction with nine UK banks in April 2014 and is available to 40 million customers, representing over nine out of 10 current accounts. 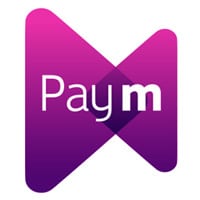 “It seems the vast majority (68%) of Paym payments are sent by men; this compares with a much more even gender split amongst people who have registered to receive payments — 56% of the mobile numbers registered for Paym belong to men, compared to 44% for women,” Paym adds. “Petrol money, splitting bills, IOUs and other household costs remain amongst the most popular reasons to use Paym.

“The average transaction value of a Paym payment dipped below £50 for the first time in the last three months of 2015, with £49.48 being sent on average, suggesting a move towards the service being used more often for smaller, everyday amounts.”

“More Paym payments were made in the last six months than the whole previous year, so it seems plenty of people have cottoned on to using their contacts for more than calls and texts,” says Craig Tillotson, chairman of Paym. “Paym means all you need is a mobile number to securely send payments straight to another bank account whenever and where you want, using your own bank’s app.”

The service signed up more than 500,000 UK bank account holders in its first month.