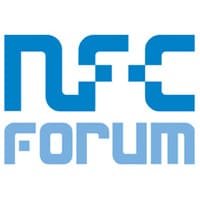 “On one side, we have the three candidate specifications for Analog, Activity and Digital Protocol,” Jürgen Böhler, NFC Forum technical committee vice chair, told NFC World. “These are existing specifications that are now being released in version 2.0.

“We have additionally released the Type 5 Tag Operation Specification which describes tags that use ISO/IEC 15693 technology, how NDEF messages can be stored on these tags, and how the data structures must be organised on the tags so that they can be read by NFC devices just like they read type 1 to 4 tags.”

The NFC Forum released a candidate specification that extended the functionality of NFC devices to include formal support for Type V technology in June 2015. The new specifications can be downloaded from the NFC Forum website.

UPDATE The NFC Forum has asked us to point out the following: “Unlike other RF implementations based on ISO/IEC 15693, the NFC Forum’s implementation of NFC-V technology is not designed for long range communication. This is because the NFC Forum’s support for NFC-V operates only in high-speed communication mode and 100% modulation index, which reduces the reading distance. It is also because NFC devices are built to operate only within a distance of a few centimeters, thereby delivering a consistent user experience.”