Bitcoin payment gateway BitPay has announced a new integration with point-of-sale terminal maker Ingenico that will allow consumers to use the virtual currency to make mobile payments at “thousands of retailer terminals worldwide”. The companies presented a demonstration of the service at Blockchain Week earlier this month. 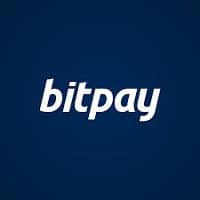 “The Bitcoin payment integration has been developed by BitPay and installed on an Ingenico terminal ICT250,” Ingenico says. “Customers can pay using Bitcoin in three simple steps. First, the merchant enters the amount of the order in his local currency. The device shows a QR code with the corresponding Bitcoin amount, which the customer then scans to pay with his mobile phone.

“The project is an industry first, allowing a POS terminal device to receive a digital currency payment. While Bitcoin is most often used for ecommerce payments, the current Ingenico and BitPay project will make it possible to introduce Bitcoin payments to retail merchants on a global scale.”

“At Ingenico, our mission is to be at the forefront of any payment method and to provide secure transactions for both the merchant and the end customer,” says Miguel Angel Hernandez, managing director of Ingenico Iberia. “Participating in such an important project has allowed Ingenico Group to demonstrate its leadership in the payment space and bring a safe and secure payment method like virtual currency to the end user.”

“We are excited to partner with Ingenico Group, one of the leading payment processors in both physical and online commerce,” adds Tony Gallippi, BitPay executive chairman. “This integration will help us expand Bitcoin payments to thousands of retail payment terminals worldwide.”