Zapp, the UK mobile payments start-up formed by payments infrastructure operator VocaLink, has reportedly confirmed that it is to delay its Pay by Bank service, due to launch in autumn, because of integration issues. 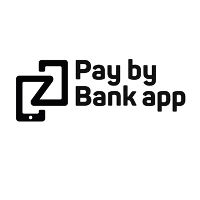 In an interview with Retail Week, the company said it was “behind where we want to be” and could not give a launch date. Sainsbury’s, the supermarket chain that was listed among the first retail partners expected to launch with Pay by Bank, has also told the publication that Zapp is not something it is “looking at right now”.

However, Zapp has told NFC World that Sainsbury’s is “still on board” and that it expects to be confirming launch dates and plans in October.

“Currently we’re trialling everything,” the company said. “We remain in active discussions with all of the retail partners we have previously announced. The technology powering Zapp Pay by Bank app payments has been completed on time and on budget.

“Integrating that into the IT systems of our retail and financial partners is now the priority. It doesn’t surprise us that retailers are unable to share specific launch dates, we wouldn’t expect them to at this stage. We are yet to formally announce our own go-live date and we expect retailers and banks to launch at different times, when it suits their customers.

“We are currently undertaking live trials with our launch bank partner — Barclays — in a number of retail environments. We’ll be sharing more detailed launch plans after those complete in October.”

The Pay by Bank service will work via integration with existing mobile banking apps. Alongside Barclays, it is also expected to be supported by HSBC, First Direct, Nationwide and Santander — which are all also offering Apple Pay to their customers — as well as Metro Bank. It will be launched for online payments initially, and in-store payments based on NFC will be launched at a later date.