Thousands of visitors at last weekend’s Zona Picnic Club festival in the Colombian capital Bogota have become the first to use a mobile payment service developed by payment processor Paymentez and MasterCard to pay for food and drink at stalls throughout the event. 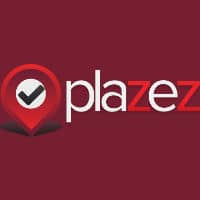 Attendees at Parque Nacional El Chico were able to select from an in-app menu, confirm payment and identify themselves when collecting their order using a unique number sent to them when completing their purchase.

It is now set to be rolled out to more locations, MasterCard confirmed to NFC World.

“MasterCard just launched the app in Colombia; it was only available for the mentioned festival attendees and most of the merchants over the weekend,” the company said. “We will be rolling out the app to other merchants in the following weeks.”

To use the service, consumers need to have a credit or debit card, an Android or iOS smartphone or tablet and internet access. They can then open the app, select the merchant that they want to order from, place the order and confirm payment.

“As per authentication method, the user and merchant receive a number associated with each order that they can compare to confirm the transaction,” MasterCard added.

“Taking into account the large attendance of these events, a guest can spend up to an hour making lines,” says organiser Andrea Arbeláez. “Through the new app, guests can save that time and enjoy the event at a new level.”

The service has previously been launched by MasterCard in other countries including the US, UK, Australia and Chile under the Qkr! brand.