Some 14% of Canadian consumers say they are highly interested in making in-store mobile payments and 11% are also interested in using a wearable device such as a smartwatch to do so, research from payment services supplier Tsys has revealed. 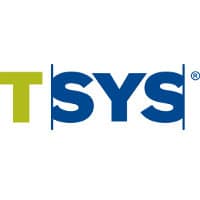 The most popular feature for 29% of consumers is the ability to use their phone to immediately stop a transaction that was not made by them, 25% would like to view their debit or credit card transactions using their mobile device, while 19% are highly interested in transferring money to another using their mobile phone.

“Consumers have more payment options than ever before due to the continuing proliferation of new technology and non-traditional companies entering the payments industry,” says John Dale Hester from Tsys.

“Our goal from this survey is to provide relevant information to help our clients with their payment strategies and to create a useful reference tool for other participants in the Canadian payments industry.”