Swatch will launch its first watch containing an NFC chip within two months, CEO Nick Hayek has announced — and deals signed with China UnionPay as well as one other payments network mean that owners will be able to use their watch to make payments around the world. 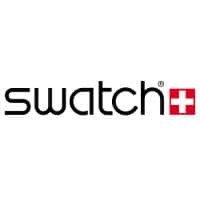 “For its near-field chips, which will cost around two francs ($2) per watch, Swatch has teamed up with China UnionPay, the Chinese credit card association, as well as a Swiss bank and a major credit card company,” Reuters reports.

“The credit card company, described as an Olympics sponsor, is likely to be Visa, a long-time backer of the event.”

The company’s plans for a smartwatch containing an NFC chip were first revealed by Hayek in February. “Swatch is in talks with retailers on its payment system,” the CEO said at the time.