Google is working on an Android Pay API that will be “built from the ground up” for Android developers and makes use of host card emulation, “a source close to the matter” has told Ars Technica. The service is expected to be launched at Google’s I/O conference in May 2015 and looks set to support both Google Wallet and Android-based mobile wallets offered by handset makers like Samsung. 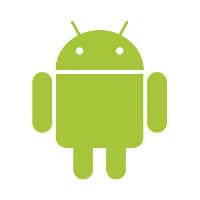 Android Pay “will power in-store and in-app payments for third-party apps,” Ars Technica says, and “will allow companies to add a mobile payments option to their app, to which users can upload credit card or debit card information, so that payments become single-tap transactions within the app.

“In addition, a company adopting the Android Pay API will be able to allow tap-to-pay transactions in brick-and-mortar stores. This function will rely on Google’s host card emulation, which makes it easier for third-party apps to take advantage of Android phones’ near field communications chips.”