Chinese online payments giant Alipay is working with Huawei to enable users of the phone maker’s new Ascend Mate 7 handset to secure their mobile payments using a fingerprint sensor built into the phone. The tie-up, Alipay says, will provide “a way to fast-track biometric payment technology in China.” 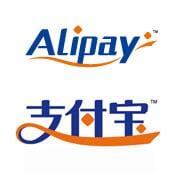 “Users of a new Huawei smartphone equipped with a fingerprint reader will be able to make mobile e-payments without passwords using Alipay’s Wallet app,” the company says.

“Biometric security technology built into Huawei’s soon-to-be-launched smartphone, the Mate 7, will be integrated with the Alipay Wallet app, which is China’s top mobile-payment solution with over 100 million users.

“The biometric technology, including encryption and authentication managed by Huawei, will allow mobile users to confirm payments for a wide variety of goods and services with their smartphones simply by swiping a digit instead of entering a lengthy code.”

“As a precaution against hackers, Huawei is providing chip-level security for the Mate 7, meaning fingerprint data can be saved and stored on the phone, but the data is encrypted and cannot be accessed,” Alipay adds.

“Huawei will also employ high-level encryption and verification to ensure only approved third-party applications, such as Alipay Wallet, are allowed to access the fingerprint information for transactions.”

The move follows an announcement last week that the Alipay Wallet platform is now being opened up to give “merchants and software developers access to programming tools that will allow them to create online storefronts within the app.”

AliPay Wallet “already includes functions that include making e-payments at brick-and-mortar shops and booking transportation and doctors appointments via smartphone,” the company says.

“The move to open Alipay Wallet up to a wider range of merchants, including vendors on the giant Taobao Marketplace and Tmall.com, is a step toward making the app a more complete platform for online shopping and lifestyle services.”