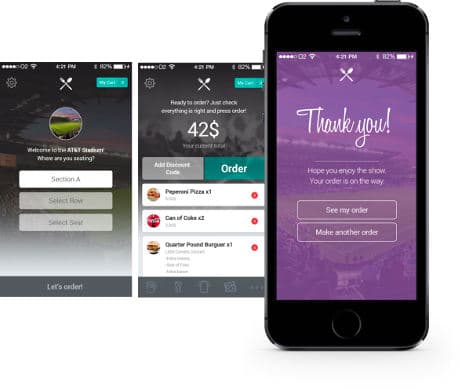 London’s Oval Cricket Ground is to test a mobile ordering and payment solution that lets fans use their mobile phone to place an order and complete payment without having to leave their seat. The service is already in use at Durham County Cricket Club and is also to be tested by the UK’s Everyman Cinema chain.

Using Shortcut, customers select the items they want from the venue’s in-app menu and enter their card details to complete the purchase. Venues are provided with an iPad that receives orders as they are placed.

“We know where in the venue that person is, so we send their order to the iPad at the closest counter,” co-founder Richard Howard explained to NFC World+. “Their order comes in and the staff will prepare the order so we don’t need to tie into existing systems, we just tie alongside them.”

Once an order has been placed and paid for, a confirmation screen on the customer’s app displays their order number and that same number is sent to the closest iPad for preparation. The customer then goes to their nearest counter and shows their on-screen confirmation code to identify themselves and collect their refreshments. Venues can also choose to deliver orders to customers at their seats.