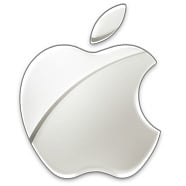 “Apple is likely to incorporate a near field communication (NFC) payment function in the next generation iPhone and has reached an agreement with China UnionPay on a mobile payment service,” investment newswire Brightwire reports, citing “a source close to the matter”.

“Under the deal with China UnionPay, users would be able to download the bank card organization’s app to Passbook in their iPhones and make mobile payments on over three million China UnionPay ‘QuickPass’ POS machines in China,” Brightwire says.

“Currently China UnionPay is developing a system that follows its PBOC QuickPass standard which is compatible with Apple’s iOS. Major Chinese banks have been invited to participate in the project.”