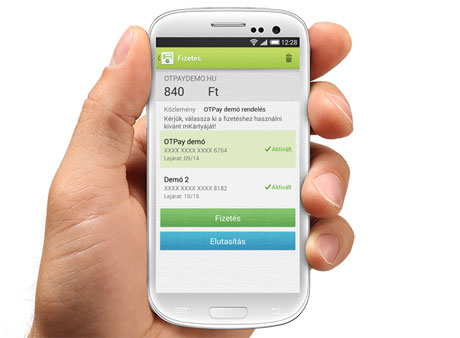 Hungary’s OTP Bank has launched a mobile wallet that allows consumers to pay in stores by scanning a QR code placed next to the cash register. The new OTPay service can also be used to make online payments, by entering the shopper’s mobile phone number during checkout.

OTPay was developed by mobile payments solution provider Cellum and makes use of MasterCard’s MasterPass API. Part of a customer’s bank card details are stored on the handset, while the other part is stored on secure servers. Payment data is encrypted and sent to the bank’s system without passing through the merchant, providing what Cellum said is “a much higher degree of security for the user, while taking a large burden off the merchant’s shoulders”.

The use of QR stickers means that merchants do not need to have a POS terminal in order to introduce OTPay, the company added. Currently, 90 merchants are offering the service, with Cellum claiming the number “is constantly growing”.

“The application isn’t only for clients of OTP Bank, anyone can register any of the most popular bank card types. Besides in-store and online payments, clients of OTP Bank can use it for peer-to-peer money sending and account balance queries.

“The app can also be used for prepaid card top-up and donation. The service will be expanded with new functions in the future, such as payment with MasterPass at more than 30,000 merchants worldwide, as well as payment of OCR-enabled checks and in-app catalogue orders.”