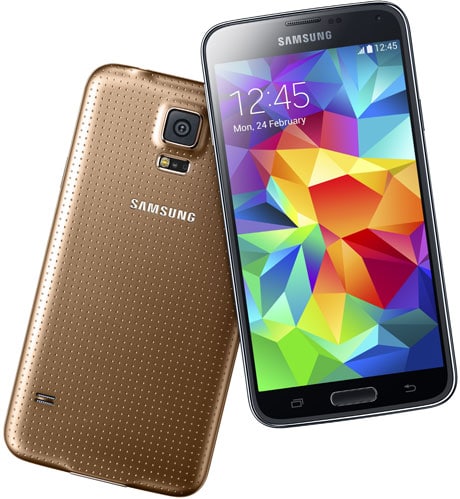 The Galaxy S5, Samsung’s new flagship smartphone, includes biometric security as well as NFC — and can be used to make payments at any merchant that accepts PayPal online or in store.

The new finger scanner is built into the home button at the front of the Galaxy S5 and is designed to provide “a secure, biometric screen locking feature and a seamless and safe mobile payment experience to consumers”. It can also be used to unlock a Private Mode feature, offering extra security for sensitive documents, photos and other data.

The first payments service provider to make use of the fingerprint verification functionality will be PayPal, enabling Samsung Galaxy S5 users to use their fingerprint to log in to shop at any merchant that accepts PayPal on mobile and in physical stores.

“By working with Samsung to leverage fingerprint authentication technology on their new Samsung Galaxy S5, we are able to demonstrate to consumers don’t need to sacrifice convenience to increase security,” says Hill Ferguson, PayPal’s chief product officer. “With a simple swipe of a finger, consumers can still securely log into their PayPal account to shop and pay with the convenience that mobile devices afford.”

“Customers can use their finger to pay with PayPal from their new Samsung Galaxy S5 because the Fido Ready software on the device securely communicates between the fingerprint sensor on their device and PayPal’s service in the cloud. The only information the device shares with PayPal is a unique encrypted key that allows PayPal to verify the identity of the customer without having to store any biometric information on PayPal’s servers.”

A PayPal app for Samsung’s new Gear 2 and Gear 2 Neo smartwatches, also unveiled at MWC 2014, is also to be introduced. This will enable users to check-in to pay at local stores, save and redeem offers and receive payment notifications while on the go.

Enhanced personal fitness and health tracking capabilities,, including a built-in heart rate monitor, are also featured and the device can be paired using Bluetooth LE with Samsung’s Gear Fit wearable and Gear 2 and Gear 2 Neo smartwatches.

An Ultra Power Saving mode can switch the phone’s display to black and white to give up to 24 hours of usage from only 10% of battery power.

The Galaxy S5 will be available globally in charcoal black, white, electric blue and copper gold in April 2014. PayPal payments will be available from launch in 26 markets, including Australia, Brazil, Hong Kong, Russia, United Kingdom and the United States.