Just over a third of British adults (35%) are aware of NFC-enabled mobile devices, with 9% saying they know that their personal device is NFC-enabled and 22% of those having used NFC to make a payment, a YouGov survey of 1,501 people has found. 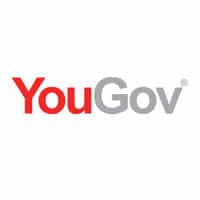 The results back up recent findings from Deloitte that 10% of 37,600 consumers surveyed in 20 countries know they have an NFC phone.

YouGov also found that 56% of mobile phone owners who are not interested in NFC do not believe the technology is safe to use while 53% are concerned about their financial data being stolen if their phone was lost or stolen.

39% said they do not see a need for NFC, “given general contentment with using chip and pin.”

Awareness of contactless card technology grew from 55% to 70% in the year leading up to September 2013, YouGov says, with an increase from 16% to 25% in ownership of a contactless card.

40% of owners stated they had used their contactless card for a transaction. “The one key drawback to more usage is that is has yet to be universally adopted by retailers, with six in ten users (62%) wanting more places that accepted contactless card payments,” YouGov adds.

“Despite the advances in NFC mobile technology, the industry has yet to increase the awareness nor put forth a compelling value proposition to the consumer to adopt NFC payments,” says John Gilbert, consulting director at YouGov Technology & Telecoms. “In addition, retail adoption is rather limited, curbing the consumer’s desire to transition.”