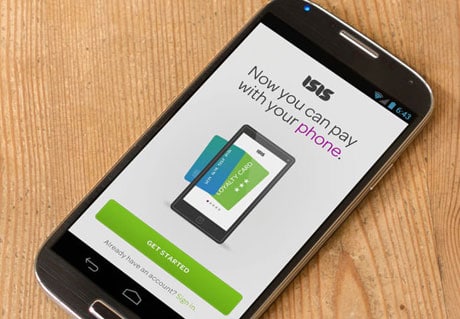 NFC payments are now available to AT&T, T-Mobile and Verizon Wireless subscribers across the US, with the national launch of the Isis Mobile Wallet. A 20% discount on their first $200 of purchases made with the American Express Serve account is being provided to every Isis user as an incentive to sign up and use the service.

More than 40 “Isis Ready” Android NFC phones are compatible with the service and new versions of the Isis Mobile Wallet — one for each of the three carrier partners — are now available to download in the Google Play app store. The NFC compatible SIM cards required by the service are available free from AT&T, T-Mobile and Verizon Wireless.

As well as making payments via a prepaid American Express Serve account, customers will also be able to store their regular American Express card in their Isis Mobile Wallet as well as Chase Freedom, Chase Sapphire, Slate from Chase and JP Morgan Palladium credit cards.

A range of special offers are also being made available to users:

A series of videos has been put together by Isis to explain to consumers how to get started with Isis, make an NFC payment, add cards to their wallet and both load and use offers:

Getting started with Isis:

Load and use offers: