France-based Store Electronic Systems has deployed more than four million NFC electronic shelf-edge labels to a dozen retailers — and expects to sell a total of 5m this year and at least another 10m next year. 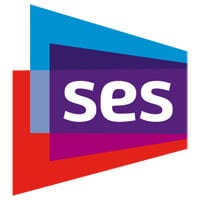 French supermarket chain E Leclerc was the first to roll out the technology, announcing plans in June 2013 to adopt the solution in six hypermarkets. Shoppers can use the system to access detailed information about products, add items to a shopping basket using the retailer’s mobile app and access personalised offers and coupons.

The names of the new retailers making use of the technology are not yet available but, SES told NFC World, they are not only French merchants but “European and more.” Buyers of SES’ conventional electronic shelf labels include French merchants Intermarché, Auchan, Monoprix and Carrefour as well as Walmart, Tesco, Spar, Dansk and FairPrice abroad.

NFC is included in the company’s labels on request, SES says, and NFC-enabled labels currently account for around one third of total sales.

SES sold half a million NFC shelf edge labels within a couple of months of launching the product in October last year, CEO Thierry Gadou revealed during a presentation at the NFC World Congress last week. Sales are expected to total 5m units in 2013 and at least 10m in 2014, Gadou told attendees.