Banking group Sumitomo Mitsui is to introduce an NFC payments service this month that will be available through all three Japanese mobile network operators — NTT Docomo, Softbank and KDDI — and will work with a total of 31 NFC phones available from the three carriers. 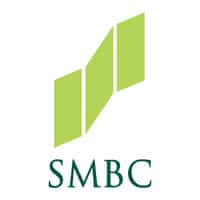 “NTT Docomo, Softbank and KDDI have been selling mobile phones with NFC in Japan so we are now going to launch a Visa Paywave service on their mobile phones,” the bank told NFC World. “According to Visa requirements, our customers need to have our Visa card beforehand.

“If customers already have our Visa card, they may apply for Visa Paywave through our website. Then, if they are accepted to have Visa Paywave, we will send a letter to them. With this letter, they may issue Visa Paywave on their NFC mobile phone by means of installing personal data and the Paywave app over-the-air.

“We think this is the beginning of NFC in Japan, but we feel it is difficult to establish the standard of NFC payment service in Japan,” the bank added.

“We will continue to tackle this standardization issue in Japan. Regarding contactless service, we can say Japanese are familiar with it. FeliCa has been installed on mobile phones and other cards in Japan [for a long time]. As is known, FeliCa is not so popular overseas, so we think NFC may take its place as a tool to use as a worldwide service.”

“The singular benefit using the new service is that the payments can be made at stores in 41 countries with a Paywave reader/writer,” NTT Docomo confirmed to NFC World. “We hope this will give more opportunities for our customers to use mobile NFC inside and outside of Japan.”