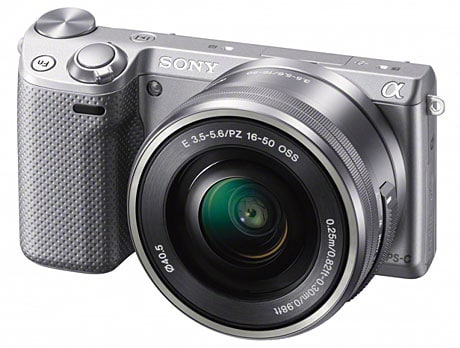 Sony has included NFC and WiFi functionality in its NEX-5T compact camera. The mirrorless hybrid camera boasts a large surface area 16.1 megapixel sensor and will be offered in a bundle with a 16-50mm SEL-P1650 motorized zoom lens.

The NEX-5T is the first interchangeable lens camera from Sony to feature NFC, offering one-touch pairing and sharing with compatible Android devices, the company says.

Last summer the consumer electronics giant said it was “putting NFC at the heart of content sharing”, and has since launched products including phones, TVs, speakers, headsets, cameras, soundbars, PCs, tablets, hi-fi systems, a media centre and a smart watch that include NFC connectivity.

Available in silver, black or white for US$700 — or without the bundled lens for US$550 — the NEX-5T will be available at retail from early September.