The number of NFC phones shipped will increase 156% in 2013 to a total of 400m devices globally, according to a new report from Strategy Analytics. This means that one third of the smartphones sold globally this year will support NFC, the analysts say. 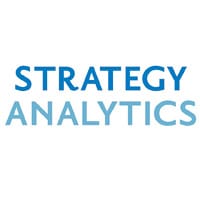 Ken Hyers, author of the report, told NFC World: “The drivers for this are falling prices for NFC technology, making it more affordable to integrate into devices, support from key vendors such as Google, Samsung, Apple, and Nokia and influential mobile trade body the GSMA.

“What we are not seeing yet is strong consumer-side demand for NFC solutions. This is sort of a chicken-and-egg issue; until the installed base of NFC capable devices is large enough, there’s not enough consumer demand.

“By the end of 2013 there will be nearly 400 million NFC capable smartphones in people’s hands — that’s around 5% of the world’s total population — and that does create a large enough installed base for developers to create the contactless payment applications, mobile wallet services, integrate NFC into connected home and car products and develop other innovative services that will spark consumer demand for NFC.”

He added: “The installed base will be largest in the Asia Pacific region – particularly Japan and South Korea, followed by North America and Western Europe. Longer term, we see Africa and other emerging markets becoming more important as NFC-supported mobile payment solutions make it easier for consumers to engage in mobile banking and shopping.

“Personally, I think that NFC-related services, and more generally smartphone apps, for emerging markets are most exciting. Here in the developed world where everyone is connected through multiple devices, we have no shortage of avenues for banking, entertainment, etc. In developing markets, there’s a greater need for connected services that allow for the free flow of information and payments, and NFC could be a key tool that helps folks to exchange that information.”