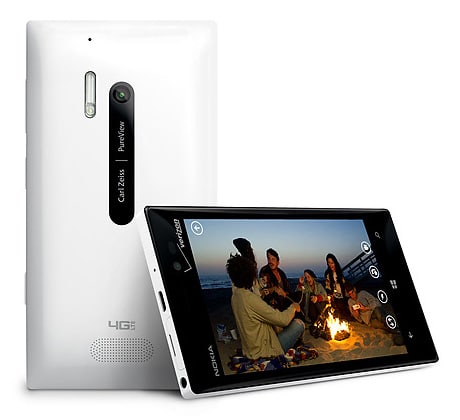 The flagship Lumia 928 comes with a 4.5-inch Amoled display and utilises Nokia’s PureView with optical image stabilisation to allow users to capture HD photos and videos.

Its NFC functionality can be used alongside the Windows Phone Wallet app for SIM-based secure payments or to enable easy Bluetooth pairing with other devices.

“Whether you’re attending a party, a concert or a sporting event with friends, the Nokia Lumia 928 excels at capturing high-quality video, audio and blur-free photos of life’s most share-worthy moments,” says Nokia’s Matt Rothschild.

The Lumia 928 comes in black or white and will be exclusively available on Verizon Wireless in the US from May 16.