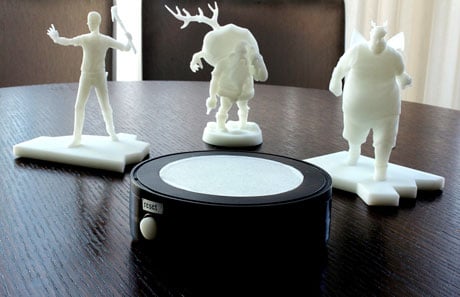 Creative Proximity, a US startup working on tools to connect physical toys with virtual worlds, has shown off a new device that can be used to connect NFC toys and mobile games.

When toys containing embedded NFC tags are placed on the company’s NFC Touchstone, the toy is incorporated into the game and special features can be unlocked. The device connects to mobile devices via Bluetooth 4.0.

A video shows the NFC Touchstone in action with an Apple iPad:

“For software developers, we’ve started by creating software libraries for one of the most widely used and accessible game engines, Unity,” the company says. “We’re constantly working on developing more tools for more development platforms so that the only limit to what you can do is your own creativity.”