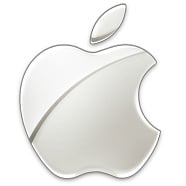 Reports from Taiwan suggest that local firm Chipbond has won a major contract from Apple to build components for a forthcoming iPhone 5S.

Apple agreed to buy fingerprint and secure solutions specialist Authentec, which had developed an innovative NFC/fingerprint security solution, in July 2012 for US$356m. In November 2012, Authentec disposed of most of the parts of the company that do not relate to this technology, leading to renewed speculation that Apple would include NFC and biometric security in future iPhones and other devices.