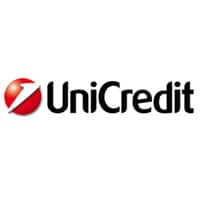 Sixty employees taking part in the pilot are able to use the app as a badge for accessing offices and to make purchases in the canteen and at vending machines.

Project manager Marco Abbenante said that UniCredit worked with Telecom Italia to develop the NFC system and app for its Milan offices.

“The app emulates prepaid methods like the key of the vending machines or the card for our internal canteen usage, as well as for office access,” he told NFC World. “The big difference is that all these services are integrated in a virtual wallet instead of being used separately.”

The pilot began in September 2012 and initially only used Samsung Galaxy S II NFC phones. The system has now been expanded to also work with BlackBerry Curve 9360 devices. The scheme won the Best Corporate Project award at the GSMA’s NFC & Mobile Money Summit in Milan.