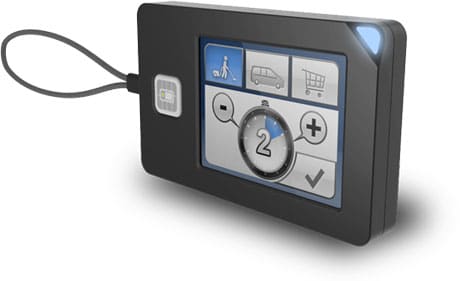 The Famoco FX 100 Series is an Android-based device which can operate in all three NFC modes — tag read/write, card emulation and peer-to-peer — and includes a touchscreen, battery level indicator, GSM modem, secure element, LED and buzzer.

Think&Go has been working with Famoco for the past year and says the FX 100 has particular advantages in the field worker management market, for use by healthcare workers, security guards and other staff working away from base. These advantages, Think&Go says, include:

“Although the device has a large range of applications including mobile point of sale to loyalty, Think&Go selected Famoco on the basis of clear advantages when combined with their NFC-Audit&Control solution for B2B applications,” the company says.

The Famoco FX 100 Series will be available in Q1 2013 in limited quantities and in Q2 2013 for mass distribution. Think&Go is demonstrating the device on the Avenir Telecom booth (5E91) during Mobile World Congress 2013.