A new version of Google’s mobile wallet app has been released, with a new look user interface and improvements to application stability and battery usage.

Google has made available a new version of its NFC-enabled Google Wallet app.

Version 1.6-R96-v13 introduces improvements to the user interface, application stability and battery life, though there is still no sign of the major upgrade promised in October 2012.

The Android app now includes three tabs at the top of the screen, for “My Wallet”, “Transactions” and “Explore”. The My Wallet tab provides an image of the default “funding source” the user has selected with an option to “Tap to change or add card”. Options for viewing “My Offers”, “Rewards Cards” and “Gift Cards” are also available from this tab. 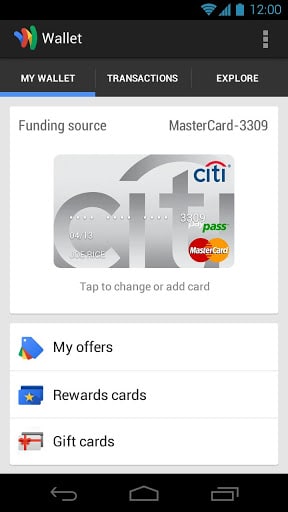 The Transactions tab then enables users to view individual purchases made, with each showing the funding source used: 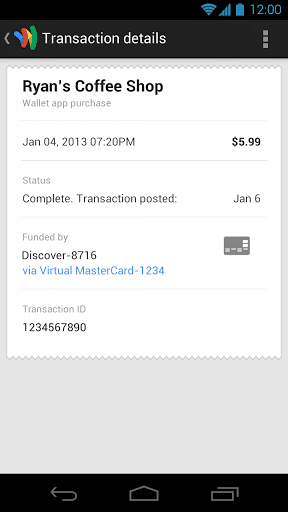 The Explore tab shows two types of offers — “Featured Offers” that users can save to their wallet as well as “Nearby Offers”: 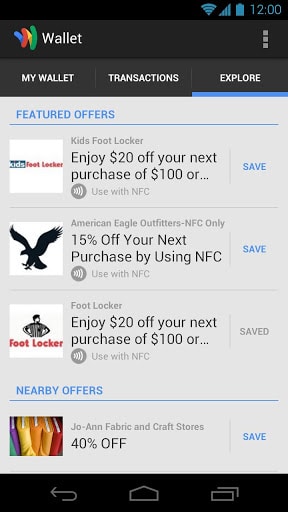 There is no news yet, however, of when the next major upgrade to Google Wallet will be available. Google announced in October 2012 that a new version was on its way — a banner message on the Google Wallet website promises the next version is “coming soon” and allows users to request an invite — and this was originally expected to be released in November.

Leaked images suggest that this new version will see the introduction of a physical companion card for the virtual MasterCard that was introduced with the major relaunch of Google Wallet in August 2012, as well as support for transit cards, peer-to-peer money transfers and both account deposits and withdrawals.