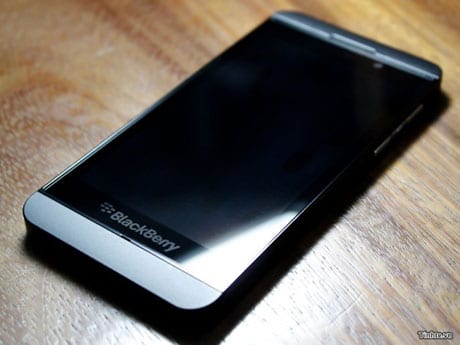 A video has emerged that appears to show RIM’s first BlackBerry 10 device and, perhaps unsurprisingly, it has NFC.

An NFC antenna can be seen at the four minute mark in the video of the new L-Series device, which was made by Vietnamese gadget site Tinhte.vn:

The device, known by the codename ‘London’, is widely expected to be unveiled at the launch of the BlackBerry 10 operating system on 30 January 2013. In preparation for the event, the Cascades SDK has ‘gone gold’ today, says RIM, and APIs are now locked down ready for the launch.

RIM was the first phone maker to start building NFC into mainstream handsets in a serious way with the debut of the BlackBerry Bold 9900 and 9930 in May 2011 and now offers eight NFC devices.