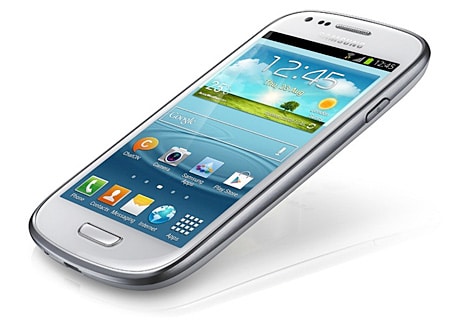 The Samsung Galaxy S III Mini features a 4-inch 800 by 480 pixel display, along with a 1GHz dual core processor and a 5MP camera that shoots 720p video.

The Samsung Galaxy S III, which has a 4.8-inch screen, sold a reported 20m units in the 100 days following its introduction in May 2012.